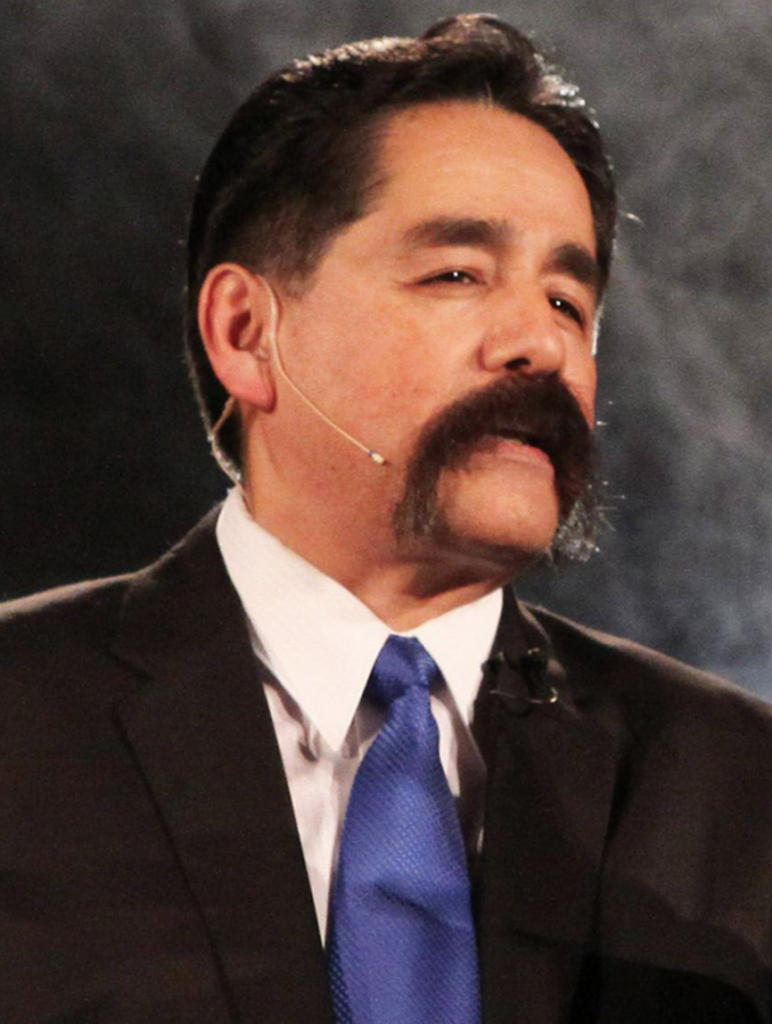 Born in East Los Angeles, Elder Jose Vicente Rojas serves as President of MOVEmentum, a ministry that mobilizes people by reaching across cultural, ethnic and linguistic lines to offer evangelism, training, consulting and motivational speaking. As an ordained minister of the Seventh-day Adventist Church for 34 years, Elder Rojas brings a breadth of soul-winning and leadership to the cause of MOVEmentum. For almost 20 of those years, he served as an administrator, directing youth and volunteer missions at the North American Division in the World Headquarters of the Seventh-day Adventist Church in Silver Spring, Maryland. As a national leader, Elder Rojas was also called upon to work closely with the White House, assisting the President of the United States in implementing humanitarian objectives for domestic policy that met the needs of millions of Americans. After serving in a presidential summit on volunteerism in 1997, Elder Rojas worked with former Secretary of State, General Colin Powell to launch the national organization, The America’s Promise Alliance, resulting in over 70 Adventist tutoring centers for underprivileged children across the United States. A musician and recording artist, Elder Rojas has authored several books and is best known to us as a motivational speaker and passionate preacher of the Word. He holds Bachelor and Masters degrees in Religion from La Sierra and Loma Linda Universities respectively. His numerous honors include an Honorary Doctor of Divinity degree from Southwestern Adventist University, the Maryland Governor’s Citation for excellence in leadership in community action, and the privilege of carrying the official Olympic Torch into Washington DC as the flame made its journey to the Atlanta Olympic Games in 1996. He is still madly in love with Ruthie, his wife of 36 years and their four grown children, Veronica, Angelica, Gabriel and Maria.